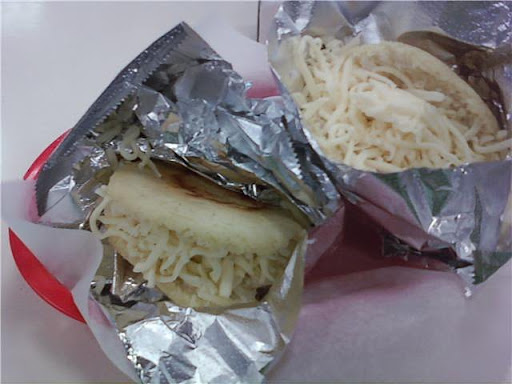 Sometimes you have to consider when something reaches a saturation point. When is there too much reality television in prime time? When are there too many Starbucks in your neighborhood strip mall? When are there too many Venezuelan restaurants in Downtown Columbus?
Wait a minute. Did I just say too many Venezuelan restaurants? How is that possible? Let me explain.
The go-to spot for Venezuelan food near the Capital is El Arepazo. The tiny Pan-Latin spot is tucked into the Pearl Street Alley, and every item on the menu tastes delicious when slathered in the addictive cilantro sauce.
While Carlos is the captain of El Arepazo, Eliezer Molina, his brother-in-law, runs the show at Casa Sazon. Casa Sazon took over in the old Euro Cafe space. The menu at Casa Sazon kept some of Euro Cafe's sandwiches and lost the Eastern European offerings. They replaced the pierogies with arepas, burritos and cachapas (a savory corn pancake).
There are a few vegetarian sandwiches on the menu. There is a grilled cheese and a Mediterranean veggie wrap. However, if you want to compare the Casa Sazon to El Arepazo, you have to sample the arepas.
Arepas are griddled unleavened corn bread sandwiches filled with a variety of ingredients. At El Arepazo, the arepas are what one would expect in a South American sandwich, with black beans, lettuce, tomato and onion. At Casa Sazon, the vegetarian arepa is essentially a giant cheese dumpling. It doesn't have the veggies or beans like at El Arepazo, but it does come with your choice of the spicy or mild cilantro sauce (a condiment handed directly from God to a Venezuelan gourmand in some long forgotten era). The warm corn melts the soft white cheese, making the sandwich a savory delight.
I slightly prefer the El Arepazo arepa to the ones at Casa Sazon. However, both are tasty for different reasons. While I might get my arepas at El Arepazo, my only option for cachapas will be Casa Sazon, so they will have the corner on that market.
I'm not sure when Columbus will reach the saturation point with Venezuelan eateries. If the public feels that there isn't enough Venezuelan dining options, they can enjoy Casa Sazon for breakfast and El Arepazo for lunch. Since El Arepazo gets busy sometimes, perhaps Casa Sazon might benefit from some of the overflow. As with any other venture, the market will probably sort it out.